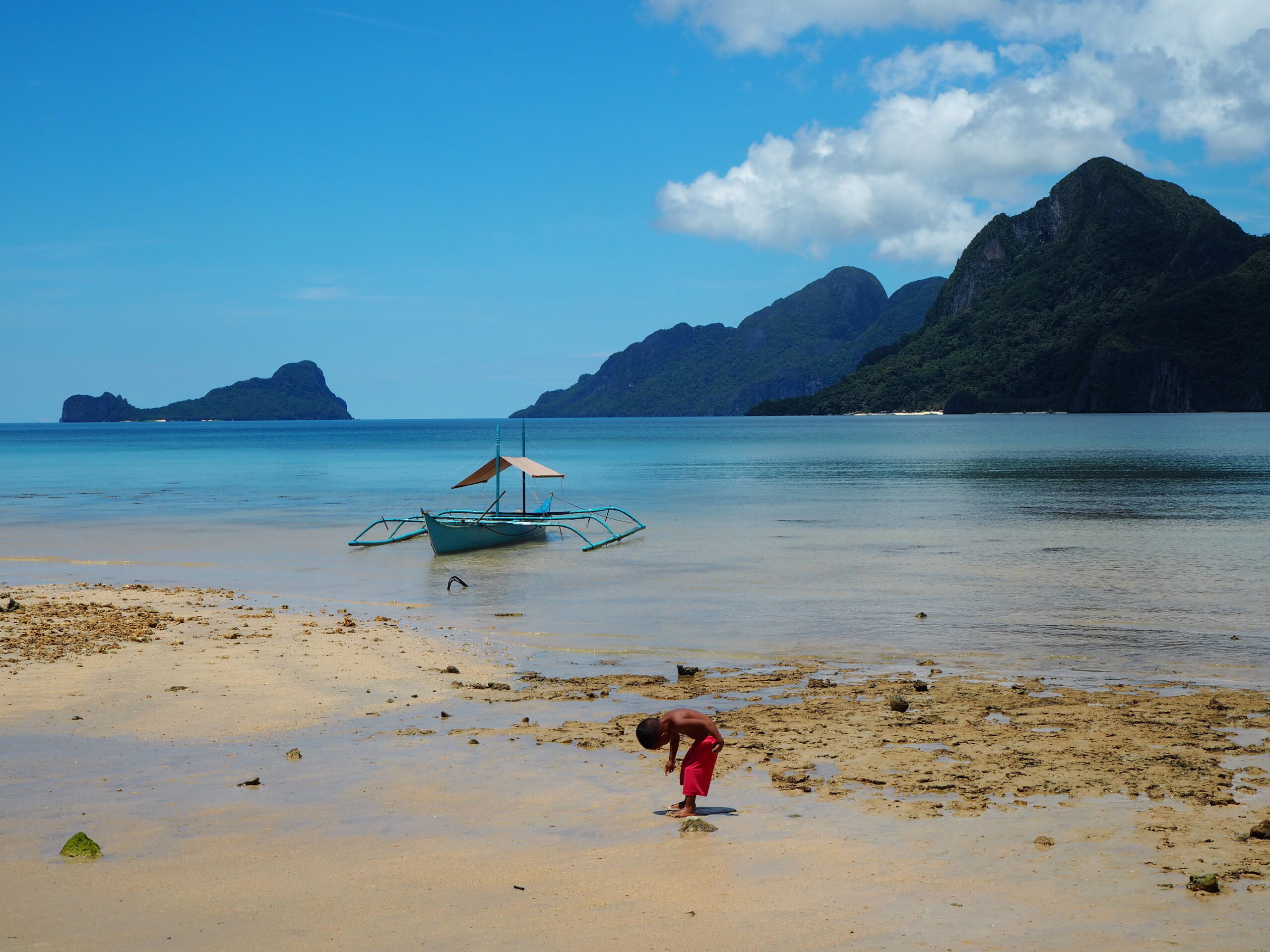 Posted at 06:12h in Asia, The Philippines by Annmarie Judge

After a crazy 24 hours of worry and anxiety wondering if we would ever make it out of Bali and threats of a Mount Agung eruption for over two weeks, we finally made our flight and landed in Manila airport. A short layover, and one entire book later (the couple next door – read it!) we landed in Puerto Princesa. Our half way point – 5 countries in!

On arrival we found a tour operator offering late night transfers to El Nido, saving us one extra night in Palawan. We took a fully air conditioned van with about 8 other people to our destination which took about 5 and a half hours. We hadn’t had time to book accommodation so we ended up in a pretty grim hotel, but it wasn’t the worst for one night. There is literally no wifi on the entire island! It is so difficult to get online which in a way is a blessing but also, pretty inconvenient when you don’t know where to go and trying to find things to do.

We stayed five nights in Spin Designer Hostel. If you like the look of this place, I highly recommend booking it in advance. We booked it about four or five months before travelling and could still only get a twin room – with bunk beds! It was really perfect though, and just a short stroll from the main street in El Nido. The hostel were really good at organising fun things for everyone to do including BBQs, Pub Crawls and even Beer Pong! They also provide free breakfast, which is all you can eat buffet and super handy when you are spending long days on island tours.

There is wifi in the common areas only, so it is a bit of a pain and even at that, it doesn’t work very well. But a good way to switch off to either way. We found it hard finding places to eat in El Nido, so went back to the same few places more than once.

Although we arrived in the Philippines during rainy season (August – January) we were very lucky with the weather. The rain held off most days, and when it did fall it usually came at a convenient time in the afternoon or evening.

We took a shuttle bus to Nacpan Beach, a really isolated beach in the middle of nowhere! There was hardly anyone there when we arrived and unfortunately the sun didn’t quite make it out. We still had a lovely walk on the beach and enjoyed taking in the scenery. I think Las Cabanas Beach is my favourite of all the beaches in El Nido. We took a tricycle here which cost us about 150 pesos, and spent the morning exploring the surroundings before relaxing in one of the few beach bars. The day was absolutely gorgeous in the morning but come 2pm the heavens opened and the rain came pouring down. We only managed to fit one of the island tours in, however I would recommend doing as many as you can. We booked ours through our hostel, and we’re picked up from the hotel at 9am. The trip brought us to big lagoon, small lagoon, secret lagoon, a small beach where we had a Filipino style lunch (amazing!) and finished up at Seven Commando beach. Although it was a little cloudy, the rain thankfully held off. On our boat, we were joined mainly by Filipinos and also one of the Philippines top comedians Dennis Padilla. We had absolutely no idea who he was but the whole island almost stopped to get a photo with him! One of the newest and definitely an up and coming area of El Nido is Lio Beach. We took a free shuttle here from Real street which leaves every hour on the hour. It takes just 20 minutes to get here. Lio beach is more modern and built up than any other area in El Nido. The beach is beautiful and there are plenty of bars and restaurants in the area, along with some boutique shops. Unfortunately there was a holiday in El Nido the day we had set aside to do this, and it was unfortunately closed. It sounds amazing so I would suggest looking into it if you are planning a trip to El Nido.

There are so many places to go scuba diving in El Nido. Anywhere along the harbour you will find a spot! Just one tip – if you are planning to do a course ensure that they are PADI certified as not all reps are.

We organised transport back to Puerto Princesa through our hostel. This time, the drive took only 4 ish, hours but our driver absolutely bombed it! We stayed in the Aziza Hotel before catching our flight to Cebu to meet my brother!